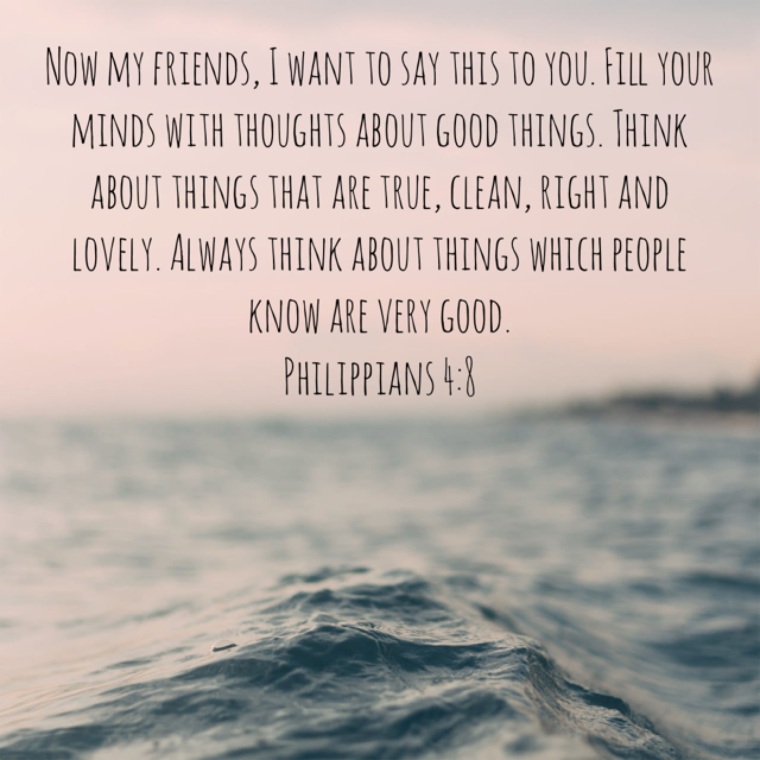 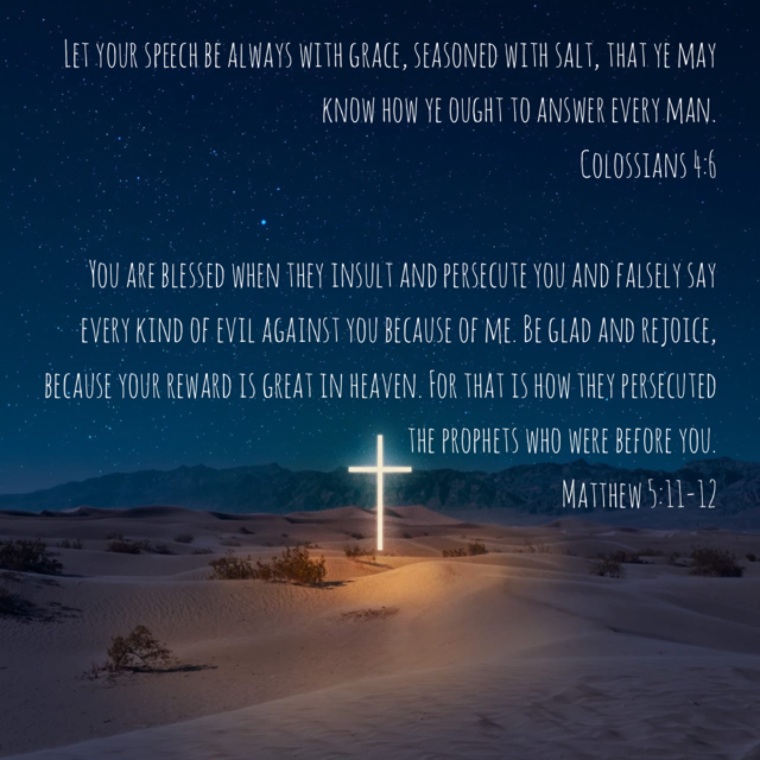 When I was in high school I was editor on our school’s yearbook. My friend Heather and I co-conquered it together, and she did most of the word editing and formatting checks, while it seemed as though I worked on layout templates and pictures to actually use.

My senior year I had a pretty cool idea. After being in yearbook for so many years, our teacher, Mr. Douma, decided to give me and the rest of the staff a lot of autonomy for our senior book.

One of the biggest issues I had noticed by my senior year in my high school was [separation]. All of these different social groups of friends were so starkly separated from one group to the other that infiltrating them was almost a covert-operation. Don’t get me wrong, there were one or two from each group that would serve as the liaison between them and others, but they had to trust you to let you in.

I (thank the good Lord) went through an interesting high school time. I had very good friends, but my very good friends all belonged to other groups that I was not completely immersed in, and also I was not the head of. I was fine with it; I had enough friends that I kept pretty socially full.

Coming back to my senior year in yearbook. The day has come for us to decide this year’s theme. It was my turn to speak, and I spoke about how I felt we were missing out on sales because certain students assume they aren’t in the yearbook aside from their school picture, so why spend the money.?But it really wasn’t about the money or sales. Mr. Douma humored me, and allowed me to open up the discussion. I told him that I didn’t like the fact that people one day would look back at their yearbook and not have pictures with their friends in there to reminisce about…. [pictures of actual things they were doing…. that didn’t include sports, and FFA]…and how lonely and empty of a feeling that would be- “I had so much fun, but where is the proof?”.

NOT ON MY WATCH! HA

So I made a decision!- I was going to take my camera, and write down every student’s name in our entire school, and I was going to go out and intentionally take pictures of these people being with those they loved, doing the things they loved doing, and I was going to put every single photo in the yearbook. Each student would get 3 photos plus their school photo, and if they were in a club or of the likes. And so it began.

We decided to run the main pictures we were taking as a filmstrip that would run from across the top of the front cover, throughout the entire book, and then ends upon reaching the spine on the back cover. We used the back cover for even more pictures, along with filling empty whites spaces on with them in the back index portion. We also indexed what page every student could find their pictures on. IT WAS HAPPENING.

Now, yearbook is not an easy task. You do not work on it for a month, and then send it off. You have to maintain your motivation and you have to stay true to the mission! While you are creating, you also have to go out to the community and get sponsors to help pay for what you are creating. We were doing very well with community sponsorship’s, but I had noticed that a lot of my helper photographers were starting to get a little lazy on me. I was receiving a lot of pictures that were just of students sitting in their chair in a classroom, by themselves. Don’t get me wrong, if this person is having a great day, looks great in the photo, and genuinely wanted a solo picture of them on the reel, by all means, LET’S DO IT[!]…but these were not those. It was time for me to step back in. This was a filmstrip, and it needed to tell a story. A million stories.

We were able to successfully pull the yearbook off that year. The inclusion of the entire school was a hit, and I rest easy all of these years later from that.

Here is where it gets a little funny.

On June 1st, God came to me, and he spoke. He told me I was to put together/write a book of the collection of testimonies and accounts of his influence on this earth. The good, the bad, and the ugly. He also allowed me to see and understand that a way to unify and to bring peace, not only among the people, but also among-st our own, internal self is through inclusion, unifying, listening, identifying similarities in miracles and hardships, and sanctuary. Common grounds in road to being saved.

Understanding that we are not alone in this is the key to the lock. Some of my loneliest moments have been when I have sat and felt the Holy Spirit, and looked around, and realized I didn’t have anyone that I felt close enough to to talk about it to. How sad is that? I had a million friends that I could call up and put down my significant other to, laugh at someone’s embarrassment with, to complain about work to, to brag to, to go out with, and yet here I was…a christian without any christian friends I felt safe enough with to talk to about christian things. Hear me right- I had christian friends, but I didn’t think they would take the time to truly appreciate my testimonies, and help me dissect my encounters, and I wasn’t sure if they would really respect how much of a blessing that being spoken to by the Holy Spirit truly is. My times with the Holy Spirit are much more than local gossip being revealed. My times with him are intimate and deep and revealing to a bigger purpose.

After June 1st I grew tired of trying to walk on lightly with my feelings for God and how cool I think he is. God came to me in my garage, shut my power down, told me to sit down, and to wait..he was going to talk to me about something. I sat there and waited, didn’t say a word, or really even move. Out of nowhere I hear him. My head jerks slightly to the left and up- I couldn’t see him, but I knew exactly what he looked like – I couldn’t touch him, but he could make his touch “felt”. Looking back, I am not sure if I took a breath for a very long time. I was in awe- I felt like my attention and my psyche were completely zoned in and focused like a magnetic field that I could almost see. He wanted my attention, and he wanted me to listen, that was FOR SURE.

God was with me for quite some time that night. He told me what I was to do. This is a huge task seemingly, but. NOT FOR ME. He told me this is for his people to see and share and read and recognize, and to believe. He told me to include everyone, and to not leave a single soul out. He told me to gather them, and as time passes he will reveal to me what to do with them next.

In the short time that I have been doing this now I have noticed a couple/few things. For as many opinions that there are on the internet…there sure isn’t a lot of people coming forward about their opinions or experiences…you’d think people would want to share an awesome experience they have had that is seemingly unexplainable? MANY people have had/still have a testament to a moment when they witnessed a miracle, blessing, or were spoken to, and they went to tell someone and they were met with rejection and humility. 100% including myself. I do not want to get too far into that though, because that is a message in itself.

God has put it on my heart and soul to be there for people to extend THEIR stories to. Yes, there will be exaggerations, and lies given and told to me. God has not tasked me with judging that, or given me clarity on how that will be sorted out up to this point in time. But God has continually shown me that everyone has a story about coming to God, and many want to shout it from the rooftops, but for some reason sharing accounts of the Good Lord and Holy Spirit and Jesus just isn’t ballpark talk yet.

It is beautiful to me that 14 years ago, God gave me…this tiny, young, little human from the middle of no where [Indiana]…this awesome idea to make sure that every person that attended that school that year had a chance to show how their walk looked.

To be trying to do this on such a larger scale now seems a little impossible, but nothing is impossible with God.

If you would like to send me your story about your walk with God, Jesus, the Holy Spirit, Or if you have a story of a miracle, blessing, crazy coincidence, tragedy- anything at all that you wold like to share, please reach out! I enjoy getting testimonies in person, but in this day and age that just isn’t always possible. Please note that I want to know your stories, and that I care, and I know crazy things happen to us sometimes that we just cannot understand, but that is when faith kicks in, and I am here to talk.

Let me know what you all think about my ideas so far in the comments below.

Thank you, and God Bless!